Doing so much better today. Delving ever deeper into the hidden mystiques of Mac File and iWeb sharing. A little known fact is that you can edit an iWeb website on a different PC. Mac makes that ever so easy. All you have to do is locate the “Domain” file (easily locatable via Spotlight). And copy it to another computer, in the same folder. Once that is done, you will be able to edit that website on the remote PC. Just that easy. No directory structures need to be copied etc, just one file! W00t for Mac.

I also set up ntfs-3g for my Mac. The problem being that my HDDs are formatted as NTFS, and while it is quite much fun being able to read data from it, I would love rocking the casbah!

I got it working after much blood, sweat, toil and tears. The automount doesn’t work yet. I tried the fstab route, but apparently my Mac doesn’t like that method. So I came up with a novel solution! Why not, make a script application and make it run at boot time. So here it is, ladies and gentlemen! Your crude apphack!

Works like a charm! My Precious! :D:D Any clarifications? You know where to reach me!

In other news, finally found an equivalent Comic book reader. CDisplay has been the companion of many a satisfied breakfasts. ;) Had to find something to tide me over, in this shift from Windoze to Mac. I am pleased to announce, FFView, a freeware Comic Book reader for MacOSX (Universal Binary) that reads both CBZ and CBR formats! It works swimingly! Here is proof! 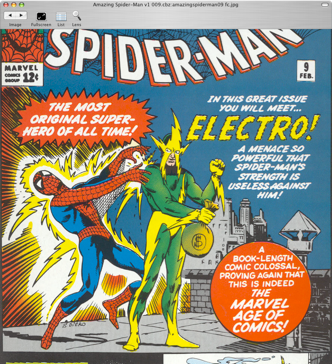