Getting Coppercore to run on my Mac has turned out to be more an ordeal than I had earlier imagined. The scripts needed to be changed and the environment set. There is not too much help on the web for Mac users of CCRT, so here is my little how-to.

First set the $JAVA_HOME variable to point to where you have installed Java. In Windows it is very straightforward. In OS X, jump to the tcsh and locate your Java folder. Just type

Use the output. In my case it was /usr/bin/java

To check whether it has been included in the env, type

You should see the JAVA_HOME included in the enviroment settings. Remember, though this is tcsh, setenv doesn’t work.

Next, open the coppercore shell script (coppercore.sh) with TextEdit and paste the following in there directly

Now open your clicc.sh, in case you want to go via the clicc route and avoid the web based (SLeD) path. Again using TextEdit and now make  the following changes to the Script. Change

Save, and exit. Now execute the coppercore.sh, and then clicc.sh

And there you have it! Continue as recommended on the Coppercore website. 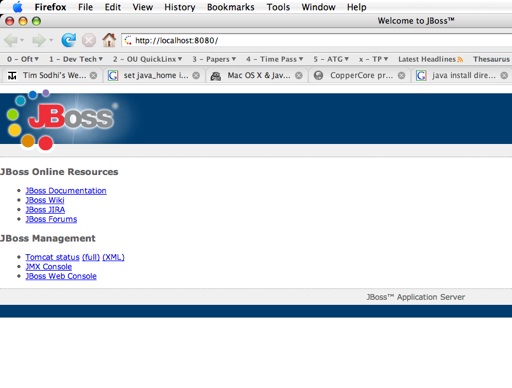 One thought on “Coppercore for Mac OS X – a HowTo”